Some of you may already know that when we choose the plays we want to read at Fresh Blood, we contact the playwrights to give them the good news, and invite them to the reading. Many of our submitting playwrights live in other states, and sometimes even other countries, so I've grown accustomed to having playwrights decline because of distance. But when I contacted Eric LaRocca, to tell him that we wanted to read his submission Parasite at the November 2013 edition of Fresh Blood, I received a response I had never received before. He asked if he would be able to get into the Dressing Room Boutique & Bar - because he wasn't 21 yet.


If you haven't read or seen Parasite, you won't understand how truly shocked I was by this response. First of all, it is a very mature play. Subtle, sophisticated, provocative, gritty... (filthy, actually...) and it was written by someone who couldn't legally drink alcohol?!? My mind was blown. Second, it seemed unfair somehow that someone so young could write something so good. Personally, I started writing plays when I was sixteen. But my plays... - how should I put this? - they sucked. I think most writers would freely admit to being at least a little embarrassed by our early work. But Parasite had none of the trademarks of an "early" play. I had to conclude that: 1.) Eric must have gotten a very early start as a writer. Obviously much earlier than me. And 2.) that La Petite Morgue was very fortunate that such an insightful, intellectual, and acerbic young writer had decided to write horror for the stage.

Subsequently, we chose Parasite as one of the plays we would fully produce for the Best of Fresh Blood festival. Eric took the time to answer some questions about his play, fear, horror, and the phenomenon of decay.


"Humans can learn a lot from parasites. Their size doesn’t work against them the way you might think it would. It actually inspires a creativity and a perseverance that’s unparalleled in any other species. They’re a lot like humans in their nature. More than you’d imagine. You see, the propagation of the species is imperative to the growth of the genus. But, they have to be very precise with where they deposit their eggs."

Parasite is a play with two characters: Anna (played by Amanda White), a deeply troubled doctoral candidate who mutilates herself after becoming convinced that her infected tattoo is the key to winning back her lover, Lucie (played by Lillian Ancheta). The play touches on several absolutely horrifying phenomena, from the everyday (exploitative relationships), to the psychological (delusional parasitosis), to the inexplicable (and the incredibly gross). If you want to get a taste of how horrifying this play will be to watch, I've been compiling a collection of photographs of infected flesh, self-inflicted wounds, DIY tattoo removal, and other really gross things that you probably shouldn't look at if you are at all squeamish, or ever want to enjoy food again. The examples are extreme, but the everyday horrors of decay (and exploitation) are an omnipresent force - as Eric so vividly reminds us. 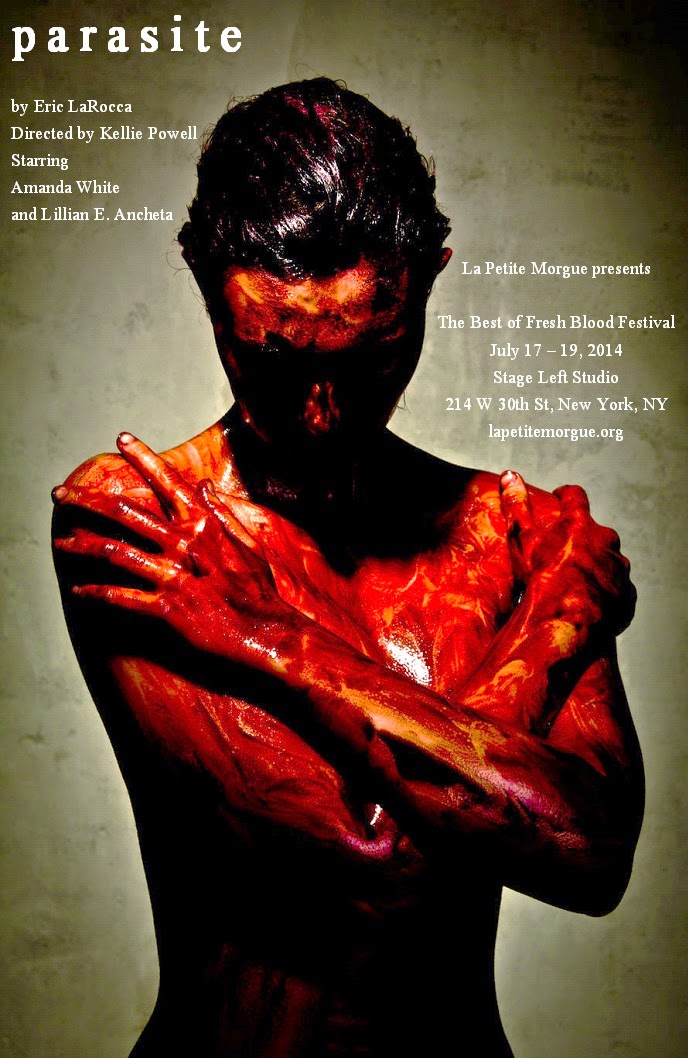