COMING SOON (to terrify you)

My apologies that the next Top 10 List, Top 10 Final Girls will not be ready this afternoon. I will totally have it up by the end of this weekend. Unfortunately I'm a bit crazed at the moment with this: 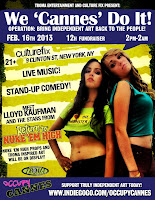 As some of you know, I worked on Troma's Return to Nuke 'Em High this past summer and I'm so proud of the movie. We are looking to take it to Cannes and basically start an independent film revolution and kind of stick it to the uptight studio execs who will be at Cannes. If that kind of thing is your bag, please join us on Saturday at Culture Fix from 2 PM-2AM. Booze! Music! Stand-Up! Art!

If drinking for 12 hours is not your liver's thing, please feel free to come by any time between 2 PM and 2AM.

Hope to see some of you there!
Posted by Chelsea at 1:50 PM No comments:

5 Things To Watch on Netflix This Valentine's Day!

Whether you're single and bitter or coupled up and obnoxiously happy, I think we can all agree that Valentine's Day is kinda lame. Don't get me wrong, finding someone who tolerates and even loves your quirks and neuroses is rare and should be celebrated. But this celebration should occur organically, when the mood strikes- not when commercials and pop-up ads are forcing flowers and candy down our throats. That being said, I do love me some conversation hearts.

Like Kellie mentioned in her earlier post, she and I share a tradition of watching horror movies on Valentine's Day. This fun tradition started on a snowy Valentine's Day back in Binghamton, when we were both single, bitter and the recipients of two oversized stuffed crocodiles gifted to us by a non-single friend (an attempt to make us feel better about being alone, and instead caused us to feel more alone). Watching young, attractive, often annoying young people getting hacked up on the screen can certainly make a grumpy single feel better about their solo status, but it's equally fun to cuddle up under a blanket with your sweetie and watch something that gets both of your hearts racing. Here are my picks for what to watch tonight- these movies and shows can all be found on Netflix Instant!

While the 3-D remake was cheesy fun, it can't touch the original in terms of thrills and chills. There's so much that I love about this movie, but I think what I love the most is the incredibly effective, claustrophobic setting of the mines. This is the PERFECT movie to watch tonight as it takes place on Valentine's Day and much of the story revolves around a love triangle between a young woman, her mysterious ex and her new boyfriend. DRAMA! This movie has some seriously awesome kills and don't dare turn it off before the credits, because it contains one of THE most awesome songs in 80's slasher history.

Ever since Chelsea and I went to see Texas Chainsaw Massacre together on February 14, 2004, I have tried to celebrate every Valentine's Day with a horror movie - often, with several. It probably began as an attempt to rebel against the established holiday by bitterly embracing my singledom, but I have continued the tradition even though I'm now in a relationship. (My fiancee loves zombie movies, so that helps.)

Several months ago when I wrote my Top 15 Horror Movies List, I included a little gem called Valentine. In my opinion, it is the perfect slasher flick to watch today - with a significant other, a good friend, or the stuffed alligator that your well-meaning friend gave you as a Valentine's Day pity gift. (He is eating a heart with his giant, pointy teeth!)


And remember:
"The journey of love is an arduous trek,
My love grows for you as you bleed from your neck!"

I wanted to make sure to draw special attention to some of our fellow Ambassadors of Women in Horror Month:

Want to Stage Manage "The Best of Fresh Blood"?

La Petite Morgue seeks a reliable and very organized Stage Manager for The Best of Fresh Blood, performing April 5-7, 2013. Five short (10-30 minute) horror plays will be performed, each with its own director and cast. The stage manager will be responsible for attending at least two rehearsals of each show, and coordinating production needs between the five directors, as well as stage managing the performances. A small stipend is negotiable. Please send a copy of your resume, including references, and any major scheduling conflicts between now and April 7 to: lapetitemorgue@gmail.com
Posted by Kellie at 11:04 AM No comments:

Chelsea, Ava, and the Women in Horror Podcast

About 30 minutes in, hear Chelsea describe how she came up with the idea for La Petite Morgue and how we want to incorporate film and theatre elements in the creation of live horror, hear Chelsea and Ava talk about plans to expand beyond the borders of New York City, the role of women in the creation of horror, Bloody Goregeous Monologues, and the variety of things that people find scary.

"Women make up so much of the audience for horror... despite that, men are still the ones producing [most of the] material..."
--Ava Rosenblatt

"We want to show that there is a way to put on horror that is also empowering."
--Chelsea Holland
Posted by Kellie at 11:10 AM 1 comment:

If You Missed Bloody Goregeous Monologues...

For those of you who weren't able to attend last night's event, you missed one hell of a show. When the video is ready, you'll get to see some of the wonderful monologues, but in the meantime, here is my pre-speech. I'm kinda proud of how it turned out.

Good evening, and welcome to Bloody Goregeous Monologues. For those of you who are under the impression that we at La Petite Morgue can't spell, let me clarify something. It's not "Bloody Gorgeous" as in, British for "very pretty". It's a term of our own creation. It refers to beauty, but also, to fierceness. To blood, to gore, to guts, and to a willingness to delight in the darker side of life. We at La Petite Morgue felt that it was the right way to describe the female playwrights and performers we're celebrating tonight as part of Women in Horror Recognition Month.

When we put together our first Fresh Blood event, I asked a friend of mine to direct one of the plays. She politely declined, saying that, an activist against domestic violence, she couldn't be involved with a horror group, due to a moral objection. She wished us the best, but said that the horror genre is known for glorifying sexualized violence against women. It threw me for a loop. Because, yes, there are horror films that exploit women. But to think that a group - which is, incidentally, ran by women - can't do horror that isn't sexist, that isn't exploitative, and that is totally fucking scary and bad-ass and awesome...

I don't know about you, but I say, if you're not happy about how something you love is being done - DO. IT. BETTER. 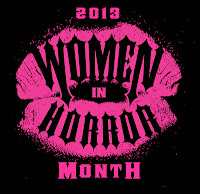 For those of you who aren't familiar with Women in Horror Recognition Month, WiHM assists underrepresented female genre artists in gaining opportunities, exposure, and education through altruistic events, printed material, articles, interviews, and online support. WiHM seeks to expose and break down social constructs and miscommunication between female professionals while simultaneously educating the public about discrimination and how they can assist the female gender in reaching equality. 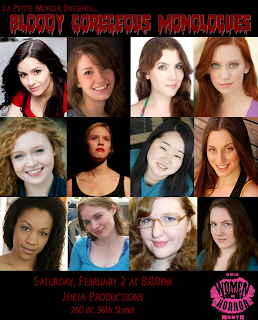 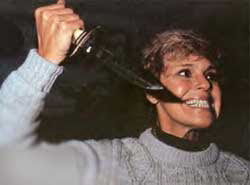 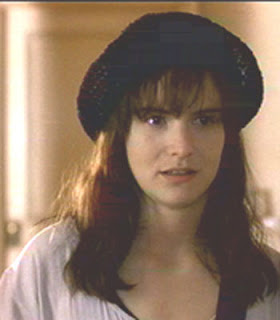