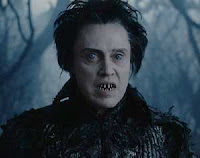 Is there anything more unsettling than flesh-eating bacteria? How about being surrounded by creepy hillbillies and rabid dogs? When Eli Roth combined all of these bizarre elements, he created a horror film so fantastic that Peter Jackson allegedly stopped filming Lord of the Rings TWICE so the cast and crew could watch it together. Because nothing bonds a cast like watching Rider Strong pour Listerine on his dude-parts.* And for my money, it just doesn't get better than a hillbilly kid named Dennis that bites people and yells "PANCAKES".

A man and his wife move to a small town and open a video rental store. Someone puts a home-made snuff film in the return slot - by mistake? This movie had no budget and thus the cheesiest special effects known to man, but the writing is actually solid, and the premise is just too brilliant. I kind of can't believe someone hasn't remade this movie with actual money.

Is it a horror movie? Or is it a black comedy that explores the horror genre? I think it's both. I think it's the most successful, most awesome, most unpredictable horror movie/horror movie satire since Scream. It's got everything I want from a horror movie: Gallows humor, suspense, surprises, and more blood and guts than the human eye can reasonably process.

I don't want to ruin anything for people who haven't seen it yet, but I will say that it is worth seeing for the following reasons:
1. Joss Whedon wrote it.*
2. Fran Kranz is hilarious (and totally adorable in an "Aw, I dated that dude in college -- and I'd date him again" kind of way). It is gratifying as hell to see the "stoner" character be the voice of reason for a change.
3. Bradley Whitford.
4. The part with the unicorn. Yes, I said the part with the unicorn. (!!!!)

* Full Disclosure: I want Joss Whedon to have my babies. I <3 everything he touches. 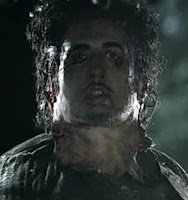 I saw this movie with Chelsea Holland just after midnight on the worst Valentine's Day of my life. And as we walked through the dark Quad back to her room, I was utterly convinced that Leatherface was going to burst out of the foliage and chainsaw-massacre me. And the most amazing thing about my total immersion in this film is: I was not stoned - or under the influence of any substances at all. It was just that fucking terrifying! Chelsea and I stayed up all night writing an outline for our own horror movie, which was, sadly, never made.

But aside from the personal, sentimental reasons, why does Texas Chainsaw Massacre make the cut? (And why the 2003 version?) Because it could have been a bland re-hashing of the 1974 classic, but instead, it was a balls-to-the-wall re-imagining. Because the "final girl" uses her brain, and manages to save not only herself, but a helpless kidnapped baby. Texas is already goddamned terrifying (at least to a liberal-as-hell  Midwesterner), and Texas in the 1960's? That means no cell phones, bitches! Ten times scarier! If I need more reasons, I will conclude with this: Because the killer wears Eric Balfour's face. I'm surprised I managed to ever sleep again.

The quintessential slasher film that made generations of kids afraid to go to (or work at) summer camps! Friday the 13th is quite suspenseful - if somewhat illogical - and sometimes I watch it just to see Kevin Bacon's death. Not because I harbor any ill will towards Mr. Bacon - it's just so damn cool! This movie gave birth to the Jason Voorhees franchise, but Jason is really just an afterthought. Mrs. Voorhees is where it's at. She makes this movie the best of the series.

Growing up is the ultimate horror, as we learn in this adaptation of Stephen King's novel. Carrie cleverly ties puberty to discovering your telekinetic powers, combining the super-relatable, everyday horror to a somewhat less typical experience. While the kids at school are cruel bitches with no moral compass (just like the kids we all went to high school with), the real villain is her ultra-religious nut-job mother.
And if you like the movie, check out the musical! (I'm serious. Carrie: The Musical is fabulous.)

Another movie that gave birth to a franchise, Halloween works, in my opinion, because there is no explanation for why Michael Myers does the things he does. Is he possessed by evil? Just plain psychotic from birth? Is he a violent lunatic, or is he an unkillable bogeyman? And how did he learn how to drive a car if he has spent the past ten years in an asylum?*

And, I have to give some props to Halloween II. It takes place immediately after the first film - and I mean, immediately - and it's the ultimate "It's okay, you're safe now - oh fuck, oh fuck, no, you're not! RUNFORYOURLIFE (AGAIN)!"

* Yes, I know this is explained in a sequel, but I don't buy it. 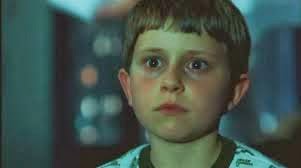 This movie made me afraid of the static on a television. It made me afraid to answer an unlisted number. As ridiculous as it the premise may sound - it is, after all, about a videotape that kills you seven days after you watch it - the writing is really quite excellent. And then there's the creepy-as-hell images on said tape - which are still not as creepy as that creepy kid!

Best Part of the Movie: When Naomi Watts tells creepy child, "It's okay now, we helped Samara. She's free now." And the creepy child's eyes go all wide and he says (and I'm paraphrasing here), "WHAT-THE-FUCK-WHY-WOULD-YOU-DO-THAT?!? JESUS FUCKING CHRIST, MOM, WHAT THE FUCK WERE YOU THINKING?!?"

You had to know this one would be in the Top 5.


Small town, gruesome murders, phone harassment, and a pair of killers who are obsessed with making their own, real-life horror movies. From Randy (Jamie Kennedy)'s Rules for Surviving a Horror Movie to Billy Loomis (Skeet Ulrich) faking his own death to throw suspicion off himself, this movie will make you laugh, cringe, and cover your eyes. Razor-sharp writing and excellent acting. Everyone does a nice job, but my personal faves are Rose McGowan, Matthew Lillard, Courtney Cox, David Arquette, and the aforementioned Skeet & Jamie. 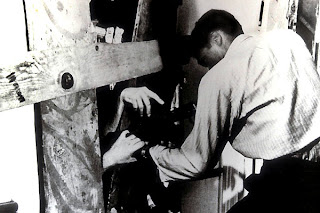 George Romero secured his spot on my "Heroes" list when he used the dead returning to life to explore man's inhumanity to man - and (maybe) racism. This is the film that started it all. He brought the dead back to life, made them hungry for human flesh, and then revealed the true monster: You can call it mass hysteria, mob mentality, or just conservative Republican ideology taken to its logical conclusion - whatever term you use, it's that thing that makes people burn witches at the stake and lynch dudes for trying to register to vote. Night of the Living Dead holds a mirror to the face of society, which is not an easy thing to do - and it does it using mindless undead cannibals.

Dawn of the Dead is pretty spectacular, too - though I wish they had kept the original ending, where everyone killed themselves. Even the remake is a good flick - if you can overlook the fact that they made the zombies fast. Day of the Dead has a lot to offer, including the creepy government scientist who tries to go all Pavlov on the zombies. A lot of people don't like Land of the Dead, and they probably have a point, but it's a lot of scary fun (and fireworks!), and even Diary of the Dead has its moments... And without these movies, we could never have had Shaun of the Dead! Mark my words, if I ever do a Top 10 for Horror Comedies, Shaun of the Dead will be #1.

What can I say about Hitchcock's classic that hasn't been said more eloquently many times over? Let's see: We follow the main character for almost half the film before she is suddenly killed off, and suddenly, there's a whole new protagonist! It is still rare to see a movie in which not even the star is safe. She doesn't die in the first ten minutes, she doesn't die tragically at the end. She. dies. in. the. middle! And her death in the shower is one of the most famously terrifying scenes in horror cinema. The re-make was in color, but they still couldn't improve on it.

Also, Psycho established the rule: Never stay in a hotel where there are taxidermied animals. Think about it. Presence of Taxidermied Animals = you're going to be stabbed to death.

I'm willing to overlook the "rage zombies" are not real zombies (by which I mean traditional slow-and-stupid zombies), because this movie is so goddamned terrifying I am afraid to watch it a second time.

The zombies are scary, sure, but you know who's really scary? The rapist-soldiers. And at the end of the day, that's what I love about zombies: No matter how scary zombies are (and they're corpses that eat you alive!), the human beings can always find a way to be scarier. In fact, that's an important rule for surviving the Zombie Apocalypse: Just because they're alive doesn't make them the good guys. 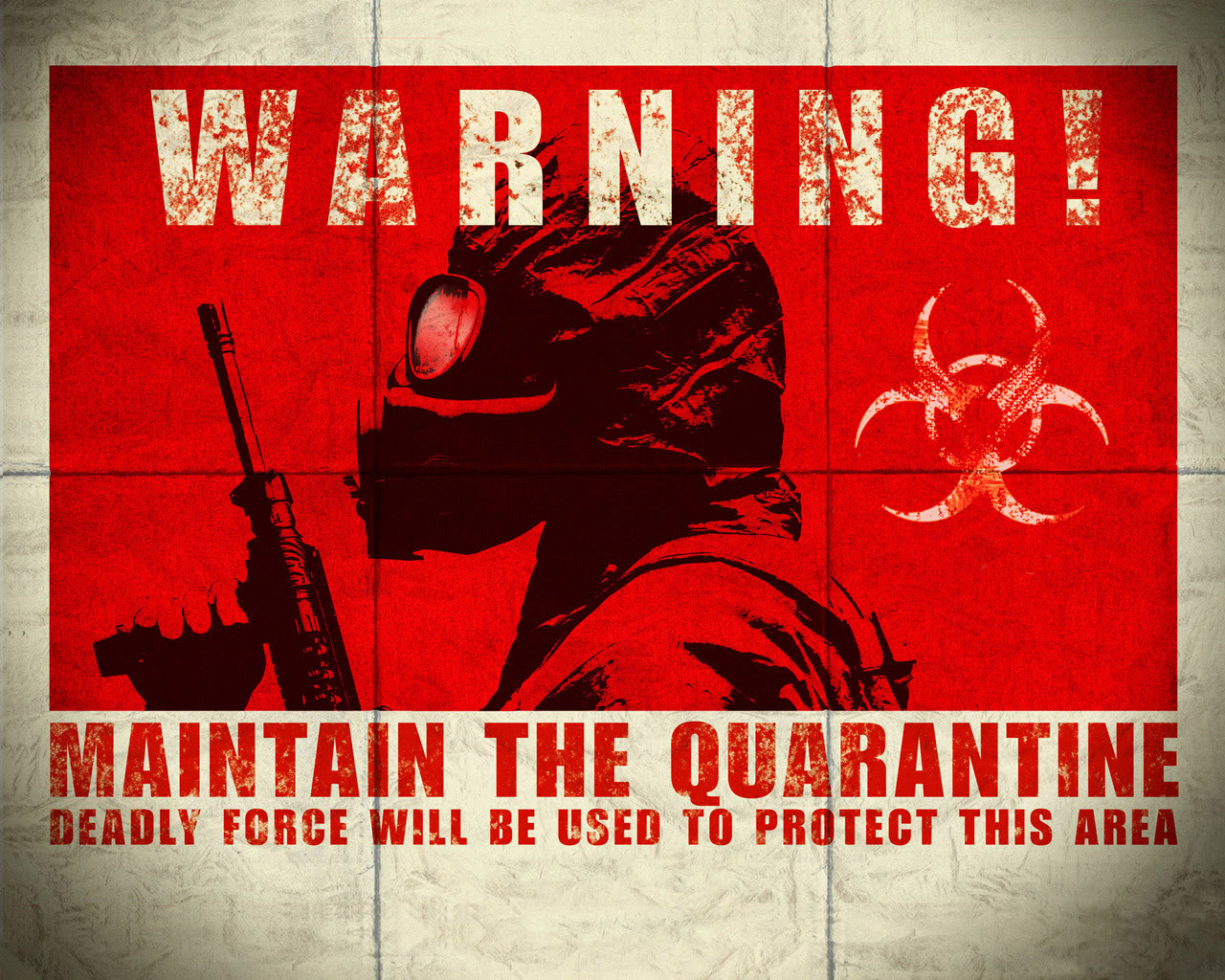